In case you didn’t know, Deliver released today! Yay! You can find it on Kindle and in paperback on Amazon. 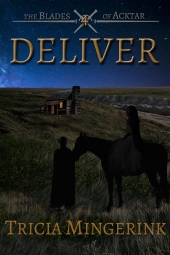 I can’t believe the final book in The Blades of Acktar has released. It hasn’t even been two years since Dare released. What a whirlwind two years it has been!

To celebrate, I thought I’d give 7 pieces of trivia that you may or may not know about The Blades of Acktar.

Ready for more celebration? This Friday, I’m hosting a Facebook party to celebrate Deliver‘s release. Follow this link to the party!