If you’ve been hanging around this blog for any amount of time, you know I absolutely LOVE every book Nadine Brandes has ever written. She’s an amazing writer and the sweetest person ever. (Seriously, check out her social media sites and hang out even five minutes and you’ll see what I mean).

And today she is revealing the cover for her next book Romanov, which is a YA standalone historical fantasy/retelling of the Russian history surrounding Anastasia. I’m so, so, so excited for this book! I grew up loving the Anastasia movie and loving The Angel on the Square by Gloria Whelan, which is a middle grade book set during the Russian revolution. I can’t wait to read Nadine’s historical fantasy version of the story!

The history books say I died.

They don’t know the half of it.

Anastasia “Nastya” Romanov was given a single mission: to smuggle an ancient spell into her suitcase on her way to exile in Siberia. It might be her family’s only salvation. But the leader of the Bolshevik army is after them . . . and he’s hunted Romanov before.

Nastya’s only chances of survival are to either release the spell, and deal with the consequences, or enlist help from Zash, the handsome soldier who doesn’t act like the average Bolshevik. Nastya’s never dabbled in magic before, but it doesn’t frighten her as much as her growing attraction for Zash. She likes him. She thinks he might even like her . . .

Doesn’t the blurb just send tingles down your spine? Or perhaps give you the sudden urge to preorder the book right this minute? (If you wish to preorder, you can find the links to all the various places to buy the book here). 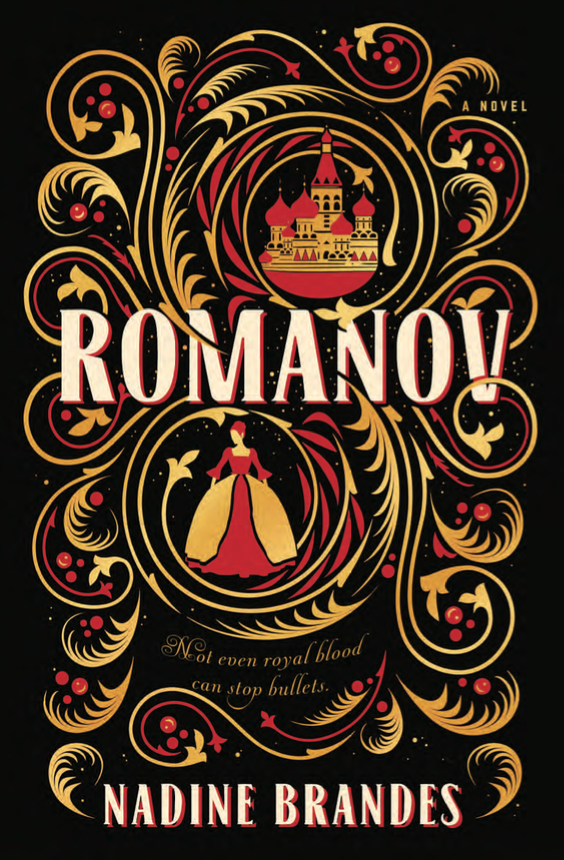 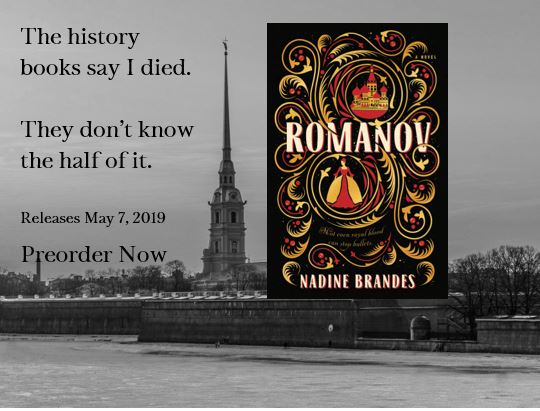 Are you excited for this book? Have you read any other of the books by Nadine Brandes?

It has been far too long since I’ve updated about a new book. It’s been far easier to stay silent than admit that, for a while last summer, I wasn’t sure there would be a new book. The words weren’t coming and the more the words didn’t come, the more I stressed about it, and the more I stressed, the more I couldn’t write. I’ve since learned I wasn’t alone. Several other authors I know have said last year was tough for them too. Here’s one of the blog posts here.

Even once I did start writing again, I flat out hated this current book and nearly quit it several times up until I was nearly halfway into it. I dreaded having people ask about it and forced myself to smile as I said it was coming along.

Which probably isn’t the best way to get all of you excited about it, is it?

But I loved and still love the second half of the book, and things finally seem to be falling in place with it. Early reader and editor feedback has been positive. Editing is coming along and making the hated book into something I like and hopefully you’ll like too. And it has a cover. Which I’ll be asking if you want to help reveal at the end of this post. 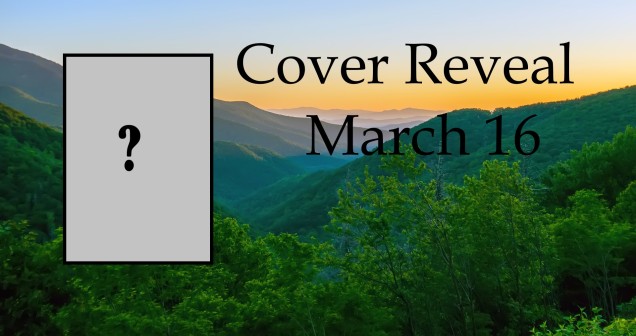 But first, I’d like to give a shout out to fellow authors who recently had their books release.

First off, Chris Wachter had her first book release! Isn’t the cover so mysterious? I had the privilege to be able to read the first chapter two years ago when I met her in person at Realm Makers, and I can’t wait until I can read the rest of this book! I’m so excited that, after two years of following Chris’s publishing journey, her book is finally out!

You can also connect with C.S. Wachter at her website: www.cswachter.com. 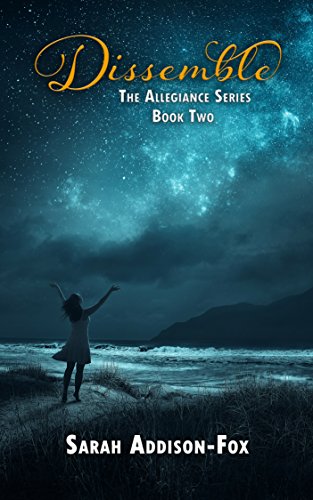 Second, Sarah Addison-Fox had her second novel release recently. The cover is so pretty! And the book is absolutely amazing! I’ve had a chance to read it, and you can find my review for it here. Sarah has been such a huge encouragement the last few months, and I’m so excited for her that this book is out and getting such great reviews!

You can connect with Sarah at her website: www.sarahaddisonfox.com

Now that I’ve thoroughly distracted you with pretty covers, how would you like to help reveal the cover of my upcoming book? Actually, you’ll be helping to release the cover, release date, title, and blurb. You’ll have one week to sign up, and the cover reveal will happen on March 16 starting at 8 AM EST.

No, this book isn’t another The Blades of Acktar book. It is a completely new book set in a new world with new characters and adventures. I hope you’ll love it!

ow! It was a crazy week last week!

Thank you so much to my launch team for the great interviews and reviews that you all put together. It was such fun!

And especially thanks to all of you fans and readers who have shown so much enthusiasm for Dare and Deny in this past week! It has been great to see, and I’m so humbled that my stories are touching so many people! Thanks to all of you, Dare was Amazon’s #1 Bestseller in Christian Fantasy for two days last week and Deny was Amazon’s #1 Hot New Release in Christian Fantasy for nearly the entire week! That’s pretty amazing considering all the amazing books on both of those lists!

The Facebook Party Friday night was loads of fun thanks so everyone who was able to come! For those who haven’t seen yet, Dare got its first fan art last night! Eeep!!

Hannah Rogers has given me permission to share it here. Isn’t it awesome? If you like this, please check out her Facebook fan art page. Some pretty cool stuff on there. 🙂 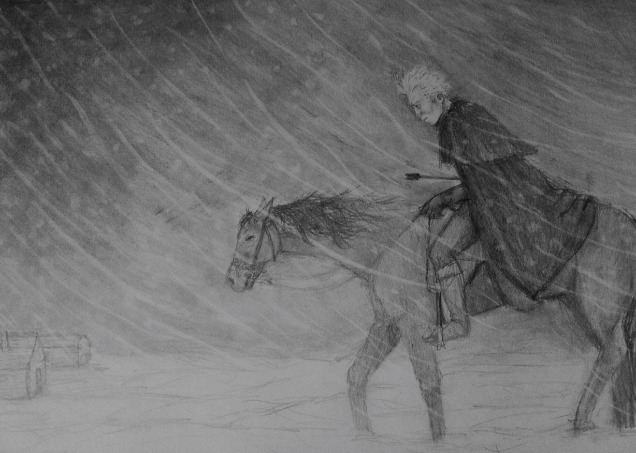 Now, for the last little bit of business. I have picked a winner for the signed copies of Dare and Deny that ran during the blog tour.

And the winner is….

Thanks so much to all of you! 🙂

Today I’m taking a break from Dare‘s release to participate in the cover reveal for A Wish Made of Glass by Ashlee Willis.

Deep in a forest glade, the fey folk dance with Isidore, a young human child. Their kinship is the very fabric of her childhood. When her mother dies and her world darkens with sorrow, Isidore finds her belief in the fey folk wavering.

The love of her new step-sister, Blessing, proves an unexpected gift in her time of need. Yet even as their friendship blooms, Isidore begins to see that Blessing is everything she herself has always wanted to be, but is not. Jealousy grips Isidore as she watches this beautiful new sister steal away all she holds dear.

Driven to desperation, Isidore turns to the fey folk once more. She has only one wish to claim from them, one chance to make things right. But she must tread carefully. For wishes, like hearts, are easily broken. And obtaining the one thing she desires could mean destroying the one thing she truly needs. 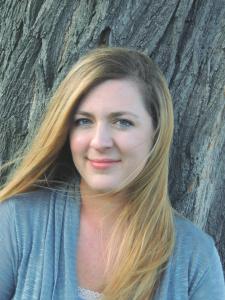 Ashlee Willis is the author of fantasy for young adults. She lives in the heart of Missouri with her husband and young son. While most of her days are balanced between writing, reading and being a stay-at-home mom, she also finds time to enjoy forest rambles, photography, and playing the piano.

Now on to this week’s giveaway!

This week I’m giving away a copy of The Princess Spy, the newest release by Melanie Dickerson. My sister-in-law recommended her books to me, and I loved them. They are fairy tale remakes set in a historical, medieval setting. While they stick to the plot line of the fairy tales for the most part, they are not constricted by them like some remakes are. Her latest release, The Princess Spy, is based on the frog prince fairy tale. I won’t give away how she manages to pull that one off!

Back Cover (from Amazon):

Margaretha has always been a romantic, and hopes her newest suitor, Lord Claybrook, is destined to be her one true love. But then an injured man is brought to Hagenheim Castle, claiming to be an English lord who was attacked by Claybrook and left for dead. And only Margaretha—one of the few who speaks his language—understands the wild story.

Margaretha finds herself unable to pass Colin’s message along to her father, the duke, and convinces herself “Lord Colin” is just an addled stranger. Then Colin retrieves an heirloom she lost in a well, and asks her to spy on Claybrook as repayment. Margaretha knows she could never be a spy—not only is she unable to keep anything secret, she’s sure Colin is completely wrong about her potential betrothed. Though when Margaretha overhears Claybrook one day, she discovers her romantic notions may have been clouding her judgment about not only Colin but Claybrook as well. It is up to her to save her father and Hagenheim itself from Claybrook’s wicked plot.

My Recommendation:
As with all her books, Dickerson weaves a deft tale combining the fairy tale and her historical setting. The Christian themes in the book are given a light touch, but they are still present throughout the book. My favorite part about this book is the character of Margaretha. Unlike some of the female main characters in Dickerson’s other books, Margaretha is not a lady to wait around for someone to rescue her. She is strong without being too bold. Her character has a good balance that shows it is possible to be a strong woman while still relying on others for help.
If you’d like to win a copy of The Princess Spy, please follow the Rafflecopter link below:
a Rafflecopter giveaway